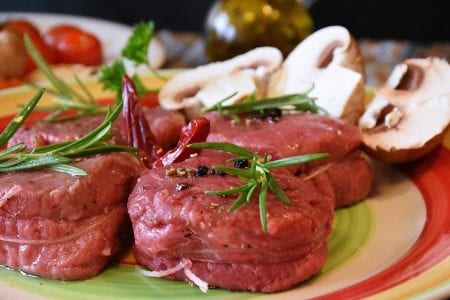 Selen – properties
What is selenium? It is an element not only important for health, but above all essential for the proper functioning of the body. It may be in inorganic form as selenium of metals, selenites and organic selenium in combination with proteins.

Selenium itself as a micronutrient does not show biological activity in the human body, and its biological activity is exhibited by compounds such as selenocysteine ​​and selenomethionine. As a component of selenoid protein, it plays a structural, enzymatic and, above all, role of an antioxidant.

Selenium is included in the enzyme found in red blood cells, whose role is to protect them from hemolysis in the presence of peroxides. It takes part in the formation of compound glutathione, which protects cells against free oxygen radicals and toxic chemical compounds.

It plays an important role in protecting us from viruses. They can mutate, in other words simply change their genetic code to remain invisible to the immune system. Selenium prevents these mutations, therefore it is of great importance for the proper functioning of the immune system. An example of this is the influenza virus, herpes labialis.

The level of selenium in food is important for the spermatogenesis process. As demonstrated in the studies, low selenium levels correlate significantly with decreased sperm motility and with an increased number of disorders within the wand.

Some researchers have shown a relationship of selenium deficiency with depression and other affective disorders accompanied by anxiety and disorientation. From this it follows that deficiency may play a role in the development of mood disorders.

Selenium also affects the proper condition of hair and nails. It has binding properties of heavy metals, i.e. pathogenic elements such as cadmium, mercury or lead.

Selen in food – what is selenium in?
The selenium concentration of plant food depends on the selenium content in the soil. Most selenium contains products from Venezuela, Colombia, Brazil, Peru, Canada and the United States, although in the last two countries there are also areas dominated by selenium-poor soils.

So in what products is selenium. They are mainly:

A good source of selenium is food with a high protein content, because this micronutrient readily binds to proteins. Products rich in selenium are offal – mainly kidneys, they contain organic selenium. The concentration in vegetables and fruits will be lower, but you can not forget about the plants that accumulate selenium, such as broccoli, cabbage, legume seeds, garlic or mushrooms.

In addition to the selenium content in individual food products, their bioavailability is important. It is best to combine products rich in selenium with protein and vitamin E. It is worth combining on the plate sea fish and salads with the addition of sunflower seeds or with oil from wheat germ and sunflower seeds.

In the risk group, there are people who are on a vegetarian diet, especially those who have eliminated sea fish from their diet. It should be remembered that according to the recommendations we should consume them twice a week.

Regarding daily demand and selenium dosage, according to international food standards, it is 50-200 μ / day and increases during pregnancy and lactation.

Excess selenium affects countries in which soils with a high content of this ingredient predominate, but also may apply to people who decide to take reckless supplementation. Selenium is a specific element whose constant level in the body is quite difficult to maintain, and both excess and deficiency is dangerous for health. Therefore, it is best to carefully supply selenium in food.

In countries where there is an excess of selenium, people suffer from selenosis, occurring with prolonged selenium consumption above 400 micrograms per day. Then there is anemia, disappearance of parenchymatous organs and gastrointestinal disorders.

Symptoms of selenium deficiency include: